America's lack of universal healthcare isn't the roadblock to entrepreneurship 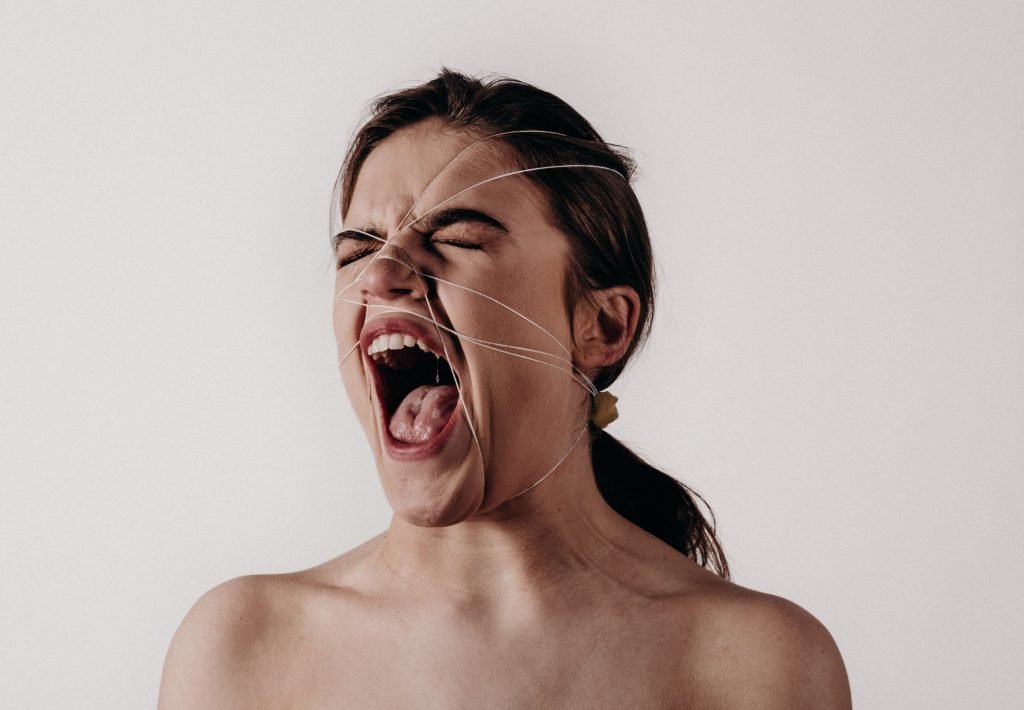 When I prepared to quit my full-time job, I was most concerned about what to do with my health insurance and all the supposedly great corporate benefits.

Like many others, I’ve heard horror stories about how expensive it is to get individual health insurance if you aren’t eligible to get on the plan of a family member or a spouse. When you are newly self-employed, the last thing you want is a big medical bill that will bankrupt your savings account while you live on inconsistent income streams.

Then flashbacks from when I decided to purchase my first home back in 2016 reminded me to stop for a second.

Back then, I thought there was no way I could afford a home in New York with my modest salary as a graphic designer. The idea of home ownership didn’t even occur to me.

It was my mother who asked me: “How do you know you can’t afford it? Have you even looked?”

I realized I hadn’t and I was so glad I was reminded to do so before jumping to conclusions.

I did the math, drew up a plan to save and then bought my very first home.

This time, I knew I had to do the same for insurance.

There Are More Options Than I Thought

Before I quit my job, I thought there are only three options for health insurance in the US – employer-sponsored; family and spouse-affiliated or expensive individual insurance.

As a single adult, I thought my only option was to bleed out my wallet for individual insurance, which didn’t sound at all appealing.

Indeed, these are some of the options we have, but after some initial research, I found more.

This was the first one that caught my eyes as I spoke to an insurance agent because the rates didn’t seem all that much higher than my corporate insurance plan.

The only requirement is that you have to establish a business that employs at least one employee who is willing to get on the plan with you.

The best part is that some insurance companies don’t even require you to have a W-2 full-time employee, which can be difficult for newly-established small businesses. For example, Unitedhealthcare quoted that they can provide group health insurance for even a 1099 contractor who works 30 hours or more a week. (Note: their policies and quotes may change any time. Inquire directly if you are interested.)

This came as a surprise and gave me hope that going freelance could actually work out!

After some research, this option seemed like a solid plan for Phase 2 of my entrepreneurial journey because of the employee requirement.

To immediately bridge the gap between company-sponsored plans and my venture into the “Wild West”, I had to find something else.

I began to teach in universities right before I quit my job. Just like all of my other “gigs”, teaching was part-time contract work, which did not entitle me to any university-sponsored health plans.

However, there is an advantage to being a faculty member, even as a part-time non-tenure one. We are now eligible to join the union, which does offer some health insurance options.

When people mention labor unions, I always thought of Hollywood and many of its unions. Having worked primarily in the corporate world, even as a creative professional, I have never had the opportunity to join a union.

Now that I have an invitation to join the union as a university faculty member, does that mean my insurance problem is solved?

I read into the fine prints of getting health insurance through the university union and vetted them against my own situation.

First of all, the monthly premium of the university union-sponsored plans didn’t seem all that attractive to me (at least it was the case at several universities I was an adjunct at). In some cases, they are even more expensive than individual insurance plans I found on healthcare.gov!

At the time when I considered joining, I had to take care of my insurance transition immediately. There was no time to build up my “tenure”.

Another disadvantage of joining a university union for health insurance purpose is that I had to continue living in the state where I teach. Having planned a cross-country move, I had to cross this option off.

When I looked at Hollywood unions, their health insurance premiums do look much better. Some unions, like SAG-AFTRA for actors, offer premiums at $375 per quarter for individuals. That is $93.75 per month (as of January, 2021) and cheaper than my corporate-sponsored rate back then!

Of course, as COVID hit, many of them would have either lost coverage because they stopped working or at risk of losing it.

Not all of us are working in industries where labor unions exist. But if you do find yourself in an adjacent industry, it doesn’t hurt to check if your professional experience and achievements could qualify you for one of them.

My search continued after finding out that neither of the options I looked at, albeit tempting, will work out for me in reality.

When you do research online and fill out your email address for quotes, you will most certainly receive marketing emails and even calls if you provided your phone number.

As expected, I received some calls from insurance brokers who were trying to sell their services to me.

Even though I didn’t end up using any of them, I found out a third option through those conversations.

It turns out that there is something called healthshare ministries. It is usually affiliated with the church. Members of the healthshare plans pay a monthly premium, which goes into the shared fund that will be used to help out other members when they have medical needs.

It is not real health insurance and have some restrictions. For example, they require participants to be in generally good health and not surprisingly, some of them require members to be within the Christian faith.

As a non-religious person with some pre-existing conditions, I didn’t see that as a fit.

The ministries are also not legally bound to cover their member’s claims, which is a degree of uncertainty that I was not willing to risk.

Healthshare premiums are also not tax deductible, which is another disadvantage.

But I do like the principles behind it – it’s about compassion and helping each other out. If you are religious and don’t mind some restrictions, it is a great option to consider because monthly premiums are very affordable. In fact, many freelancers benefit from them in case of medical emergencies like this family.

My Last Resort Turned Out Better Than Expected

Now that I had to cross off all three new options, I was back to square one.

I was disheartened but thought that there has to be a way to make this work. Then I realized all of this is about numbers.

Reflecting back on my mindset before my mother reminded me to “really look”, I realized I was being unreasonably “allergic” to individual insurance not because I had bad experience with it but because I heard it from other people.

As we all know, “I heard it from my friend” is not a credible source of information.

I decided to give individual insurance a chance and dive deep into the math, which from hindsight, was very simple and not that deep at all.

In addition to higher monthly premiums, the biggest downside of individual health insurance in the US is that it is usually state-specific whereas corporate-sponsored health plans can be used nationwide.

What I was nicely surprised about was that the coverage level of individual insurance was not worse than corporate-sponsored insurance – some of them are even better!

When I was about to quit my job, the company I worked for changed their insurance provider. All of a sudden, some of the previously good coverage benefits became less ideal. For example, we had to start paying for some of the lab tests and my acupuncturist who I relied on for my chronic illness became out of network.

In comparison, I found some individual insurance plans that covered all of the lab tests and only had a copay of $40 per treatment for acupuncture.

Excited by the prospect of this now viable option, I realized the only roadblock that I needed to clear was the higher monthly premium.

Change of Mindset Got Me The Solution

A couple of years ago, I read an article about how 401(k) doesn’t make sense for people who want to become millionaires or even billionaires. Grant Cardone, a self-made millionaire said something that I agreed with whole heartedly. “The 401(k) is merely where you kiss your money away for 40 years hoping it grows up“, he said.

If you dream big and determine to make much more than what you do now in the next 20-30 years, it makes no sense to be bound by corporate benefits that only sound good on paper. Imagine this – if you are making millions with multiple income streams, why would you care about these benefits when you can pay for more of them yourself?

I realized I could do some quick math to see if the same mindset can be applied to my health insurance.

When I was working in the corporate world, I had to pay around $120 a month for health insurance. The comparable (and even better) individual plan that I found was around $400 a month. So that is $280 more a month. Let’s round it up to $300 more a month for ease of calculation.

Can I earn $4,000 more a year being self-employed to balance out this cost? I was determined to and surely I did.

Even if I assume that my corporate job will cover all of the premiums (which plenty of great companies do), I will still just be paying $4,800 a year myself, which can easily be covered by 1 freelance project.

It turns out that if I look at it from a different perspective backed by verifiable numbers, things will become clear instantly.

Not only that, I found out that self-employed insurance premiums are also tax-deductible, among other tax benefits that corporate employees do not have.

The only downside that has not been crossed off is that individual health insurance only works within state boundaries, which isn’t ideal but for most of us during COVID times, it’s something that is almost irrelevant due to limited travel opportunities.

I hope my experience will give those of you who are also thinking of going out on your own some insights into your options.

The lack of universal healthcare in the US certainly doesn’t make it easy for us and it is an ongoing effort that every government has to prioritize. But it isn’t always the roadblock that prevents us from pursuing our dreams if we do the math and plan ahead.

If there is anything I learned in this process, it is that entrepreneurship is like putting together your own powerful workstation – you find the parts that work best for you individually and assemble the most powerful machine you need. It certainly beats anything off the shelf, but it requires more time, energy, patience and a lot of determination. 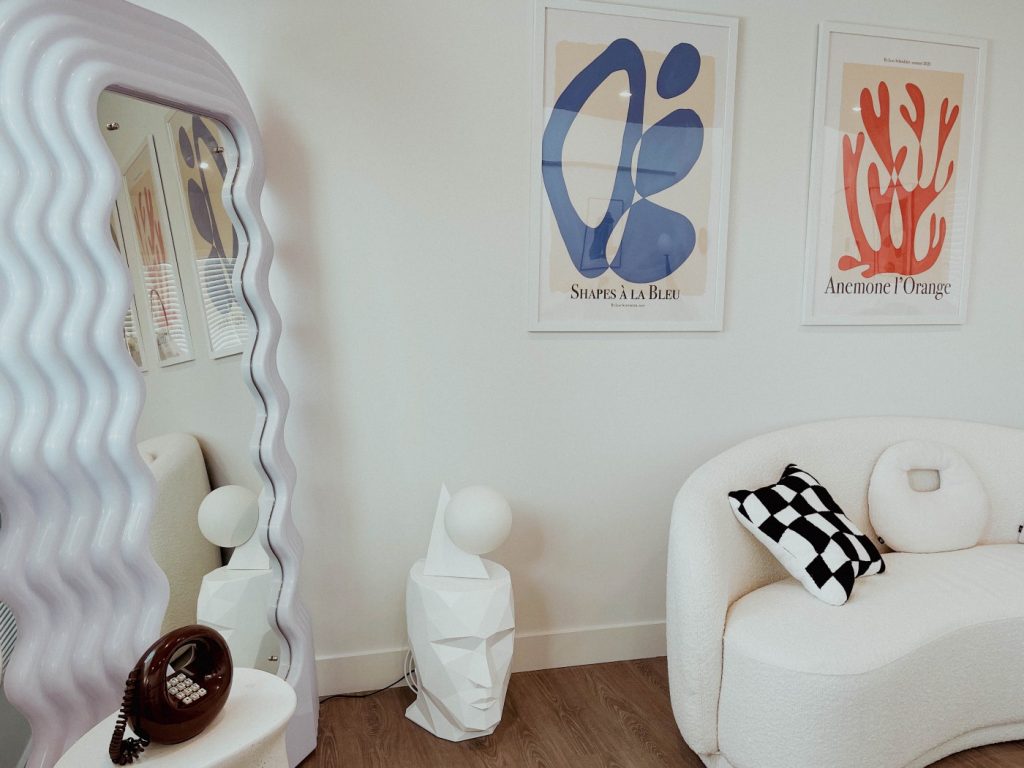